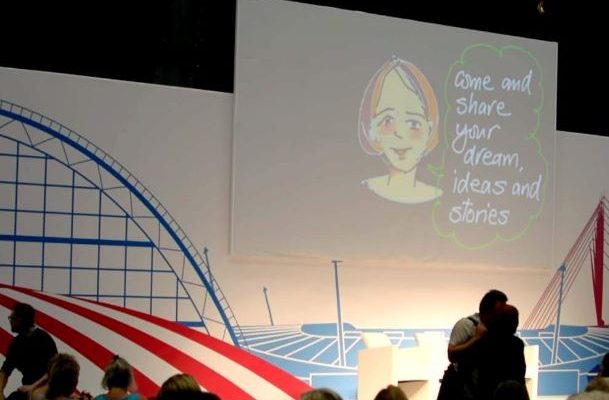 Does economic anxiety mean the future of work in the UK is one big Gig?

With Brexit looming and the financial economy destabilizing a majority of surveyed citizens are experiencing a psychological recession. In other words, the UK feels as if it is experiencing a mild or severe recession. This economic anxiety although a symptom of the uncertainty surrounding Brexit is changing the nature of work. The best way to respond to this economic anxiety may be to embrace the gig economy as part of the future of work.

Investopedia describes a ‘gig economy’ as one in which “temporary, flexible jobs are commonplace and companies lean towards hiring independent contractors and freelancers instead of full-time employees”.(3) Gig economies are distinct from the historic model of full-time workers “who rarely change positions and focus instead on a lifetime career”.(4)

In economically struggling communities and regions affected by globalisation and changing consumer demands, technology can create spontaneous work opportunities that may not have otherwise been available. The gig economy can also provide more efficient services to consumers. This growth is, in part, based on society’s dependency on the Internet. Social media now allows service providers in the gig economy to connect with consumers in real time via ‘work on demand’ apps. For example, Handy is an app that allows users to retain people offering on-demand residential, cleaning, installation and other home services.

The gig economy is not limited to new apps. UK employers are already using the gig economy for work that does not require fixed employment.

A workforce study conducted in 2017 estimated that between 20% and 30% of the UK workforce already consists of non-traditional workers, meaning workers who are contingent; consultant; contractual; part time; freelance; and virtual.(5)

Workers in the gig economy are usually independent or dependent contractors. A key characteristic of the gig economy is that workers have increased control over their own affairs. This may be one of the key individual benefits. One study found that:

There have been fears that the gig economy will displace workers in traditional businesses; however, preliminary studies in the taxi industry have shown there may be more complementation (ie, working in both traditional and gig models) rather than displacement.(8) Some loss of market share may result from competition, but the pie can still grow and benefit everyone. For example, entrepreneurs can benefit from the multitude of professional services available to their business without being subject to onerous employment obligations.

The gig economy may also lift people out of the underground economy by giving them legitimate, flexible work opportunities with low-entry barriers. Vulnerable members of society, like the disabled or those with cultural, language or social barriers, can avoid the traditional burdens of the hiring and employment process through gig economy platforms.

Embracing the future of work

Gig economy workers are free to manage their own output, deliverables and earnings. They are not obliged to work, but if they choose to do so, they can work from wherever, whenever and for whomever they choose without exclusivity.

As UK companies look to optimise operations and streamline costs, it has become clear that businesses, entrepreneurs and unemployed citizens alike may have to embrace the gig economy despite the muddy regulatory waters. The focus should be on encouraging gainful economic opportunities through better protections for gig workers, rather than quashing models that have the potential to empower the workforce.

For further information on this topic or to find out how metavisioning can help you and your company survive this every changing market please contact Paul.simpson@creativeconnection.co.uk

(9) See “City of Ottawa – Taxi and Limousine Regulations and Services Review: Customer Experience”, Core Strategies (14 October 2015), at 8; Ashley Csanady, “If the Uber debate is really about safety, why are women’s voices being sidelined?“, National Post (26 April 2016).