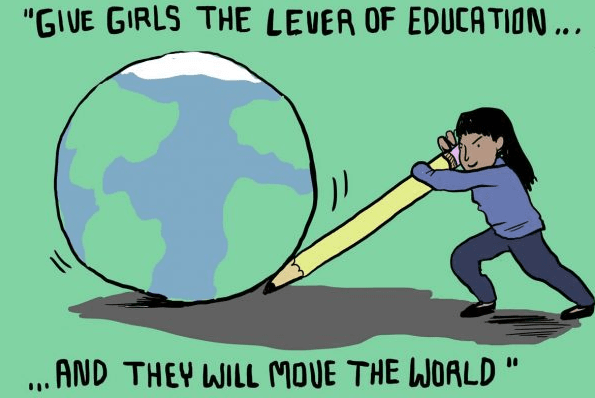 Why does it feel so natural to put other women down? You might say ‘I don’t do this’, but take some time today to count how many times you put a woman down in your mind or out loud. This can be very subtle as we have been trained all our lives to project negativity towards each other. Films, sitcoms, adverts and most media are filled with competitive women all fighting against each other.

As an example, let’s look at some of the typical messages and myths we have been subjected while growing up:

Older women hate younger women and vice versa: This one is easy as it’s a tale as old as time, with the lovely young Snow White and the poor wicked step mother. The step mother used to be the most beautiful in the land but now the younger Snow White has pipped her to the post. We see this all the time in movies, magazines and pretty much all media. Sometimes its wrapped in mothers in law (e.g. Monster in Law), in which older mothers can’t cope with giving up their ‘little boys’ to their new younger wives. Even in great empowering films like Fried Green Tomatoes we see an older women younger woman battle in the parking lot for a car space ‘face it old lady we are younger and faster’ to which Kathy Bates smashes into their car and responds with ‘face it ladies I am older and I have more insurance!’ We all cheer (especially if you are the same age as Kathy Bates who I think was about 35 when she made this film so Hollywood old but not real life old). So, no wonder as you get older you feel more and more inadequate against the younger model waltzing around the office. But imagine a world were older and younger women loved each other, supported each other and had mutual respect for each other? Older women are the fount of knowledge the ones who have been through so much and can be of great value to younger women. I have a friend who recently broke up after a 20-year marriage and a key person who got her through this is 70-year-old amazing older women. Not something you see in the media. So today when you’re at work, show respect for other women in the office, support them, love them and encourage them to be the best they can be.

Step mothers and Mothers in Law are evil and teenage girls can’t have a good relationship with their mother: This one is tricky as I had a turbulent relationship with my mother when I was a teenager but is this because I had been bombarded with messages that this is the how I should behave? There is so much of this around. Coming of age films in which the girls get on with their super understanding laid back father who tries to explain why mum is so hard on them. ‘Its only because she loves you and wants the best for you’ they say. ‘Why can she be more like you dad’ they say. REALLY!! This is his how it is? Men producing media to depict the relationship I am going to have with my daughters as they grow up? Not on my watch! I am done with this crap and will be doing everything I can to reverse this ridiculous stereo type. Don’t get me wrong, I work very hard at having a good supportive relationship with my 4 girls, but the force is strong in the media and we do sometimes go to that dark ‘media’ place in which they hate me, and dad has to talk to them. But not for long as I remember this is my choice not the male dominated media I grew up with choice. I choose a good, loving, honest relationship with my teenage daughters. I also love my Mother in Law who is one of the most amazing women I know. So next time you have a fight with your teenage daughter and chalk it down as ‘this is typical’. Think again and create a new ‘typical’.  Or next time your annoyed with your Mother in Law or Step Mother, think about what they have had to go through as women in this society and think #Wolfpackwomen. Start to create a new relationship with these women, one which is loving and caring, open and honest and respectful and supportive.

Pitting women against each other in Media is so common place that you don’t even notice it anymore unless you really look. It seems so normal when there is always a fight over a man in a romantic movie, or two powerful women at work working against each other (Devil Wears Prada, suddenly 30, Bride Wars, My best friend’s wedding, most live TV (e.g. Love Island and the bachelor), the list is endless. There is a very funny SNL skit which covers this well and outlines situations where women would normally be against each other, but they then reverse it and showcase the women supporting each other. Its so unexpected that these women are being nice to each other that you realise just how ingrained this woman against women culture is. (watch the SNL skit)

4 ways you can create a new message – Women love, respect and support other women.

I recently made a promise to myself to stop putting other women down. Yes this had to be a conscious effort and its crazy because its actually really hard to do. Think about it. We put women down for everything. To funny, to sexy, to strong, to weak, to smart, not smart enough, to loud, to quiet and so on. So, it was liberating and life changing when I stopped excluded negative women vocabulary from my life. This is what I did:

1: I stopped putting women down verbally: This means not talking about women in a negative tone in any situation (gossip, while watching telly and so on). I literally would not let any negative comments about other women come out of my mouth. I had to work hard, remind myself and stop myself as its not easy but after a while it started to become easy and a normal part of my communication process.

2: Stopped putting women down mentally: So, although you might stop saying things out loud which are negative to other women you still find yourself doing it in your head (e.g. ‘what is she wearing’ and so on). So, this must stop too in order to have a proper impact.

3: Started to put other women up: As part of the process I looked for positive things to say about other women to replace the once negative comments I would make. If my friends were talking about women in a negative way I would try and add in positive comments to balance it out. I looked for the positive in women and this prompted me to look at the women around me in a different light.

What happens when you start looking at women in a different way?

The results are quite incredible. Once you start to look at women in a new more positive way and refuse to be brainwashed by media as to how your supposed to think about the women around you, little miracles start to happen.

1: The relationship with my mother improved: Instead of being angry with my mother and blaming her for pretty much everything (another learned media trait). I started to see her in a different light. I could see her pain and her deep love she has for me. I could see the sacrifices she has made as a woman in her life and the amazing things she has achieved. I started to see her as the amazing women she is, and her incredible strength had me glowing with pride that she was my mother. Our relationship got stronger simply by me refusing to see other women in my life in a negative light.

2: I developed new friendships: Once you start looking at the women around you with compassion, love and admiration for how amazing they are it changes your perception of them, and you naturally feel this bond. Its like a force that cannot really be described. Women are incredible strong, powerful, loving and nurturing, intelligent and smart and once you are open to this you can see it much more clearly. By not allowing myself to say a bad word or have bad thoughts against another woman all I could see were their strengths. My attitude towards other women changed. I felt protective over them and so offered my support and love more freely. I did not feel resentful or jealous of them anymore and I only started to feel admiration for them. This was perhaps the most incredible transformation on my #Wolfackwomen journey.

3: My respect and admiration for women grew: Once you change your attitude towards something it can change your life. If you look at something in a negative light your perception always has a negative undertone. I used to ‘bitch’ about other women I worked with, I used to feel resentful or competitive with other women I worked with and I used to feel intimidated by any new women or dare I say it, younger women starting in the office. I used to be angry with my mother and step mother, I used to get angry with my friends and play ridiculous games with them. I used to feel confident if I was the best dressed, youngest or best-looking woman in the room. I used to say things like ‘what is she wearing’ and ‘look how stupid that girl is’ or ‘she is dressed like a hooker’ when watching TV with my kids thinking I was being smart and helping them see how not to be as a woman. But this was just reinforcing societies negative women against women mentality. All that changed as soon as I decided to no longer have any negative thoughts against any women in my life.

#Wolfpackwomen – Be the change you want to see

So I put it to you, amazing women of the world. Be the change you want to see. Start your day today and take note of how many times you mentally or verbally put a woman down. Then take some time to change this. Spend a day or two trying really hard to not say or think any negative comments about the women around you. Then try and state a positive one instead. You will be amazed at the impact this has on your relationships with women but mostly on the impact it has on your life. You will feel better about yourself, as every time you put other women down you are only putting yourself down. So spread the love today and join the #Wolfpackwomen revolution.

Question to our clients:

Share any comments or experiences you have been in which relate to this post. If you do decide to join the #Wolfpackwomen revolution, then let us know how this changed your life and relationships with women.